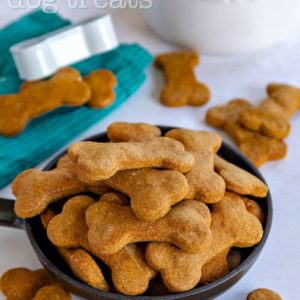 Dog biscuits were not always called “biscuits”. In fact, way back in the 1800’s, biscuits or treats as we now know them, were referred to as dog bread.  The name came to fruition due to the fact that dogs were indeed served bread. Not just any bread though, dogs were given the bread that was deemed not edible for human consumption. Day old, hard, moldy ….well, you get the picture. So, the bread was quite literally thrown to the dogs! They took what they could get, but one very important person came along that would change what was thrown to the dogs altogether.

“Necessity is the mother of invention” ~ Plato

James Pratt created the very first dog biscuit after a sad sight on a fateful trip to England. It all began in the middle of the 1800’s.  He saw the suffering of stray dogs in search of any old scraps of left of food. These poor dogs were literally scavengers.  James Pratt was compelled to created edible, made for consumption cake-like biscuits.  These biscuits were made of meat, grains and vegetables. He called these early biscuits “Meat Fibrine Cakes”. He began selling these cakes to Englishmen for dogs, specifically sporting dogs. He then began to market his cakes at dog shows in America. Interestingly enough his biscuits dog cakes were given to army dogs during World War I. Now, the bone shaped biscuits that dogs have come to know love, milk bones, were created in 1907. Milk Bone was eventually bought out by Nabisco in 1931 and subsequently taken over by Genera Mills in 1950.

The Biscuit Industry has Exploded

Now more than ever, the market for dog biscuits has exploded. Dogs everywhere are begging for more and their pet parents are giving right in!  Varieties of dog biscuits exist for every possible reason and taste bud.  Every texture and every flavor can be found in pet shops across the world, but why?

Most domesticated dogs no longer have to scavenge for “bread” or “biscuits”, but present day biscuits, or treats, are used in a variety of ways.

How will you celebrate National Dog Biscuit Day this year?

Why not celebrate by giving a nod to Mr. James Pratt?  Dogs in need everywhere would love a good treat.  Reach out to your favorite shelter, rescue or pet sitter and donate treats.  Often times in our effort to donate, we always send things that dogs need. Why not add treats to that list because most dogs in shelter or rescue situations could use a little boost and what a great way to do so.

After you donate, why not try your hand at baking just like James Pratt. You won’t need to start from “scratch” either (no pun intended). Treat recipes can be found all over the internet and in book stores these days. Many recipes are easy to whip up and require only a few ingredients. It doesn’t get much easier.  In fact, many treat recipes are “no bake”. Just mix the ingredients and freeze or refrigerate. Well, what are you waiting for?

We hope you never look at dog treats the same again! Now, go give your dog a treat!